A 35-year-old female presented with a new lump at the left nipple, noted for about one week. She had no other palpable masses. The patient’s paternal aunt and paternal great aunt had breast cancer. A 2-dimensional + 3-dimensional (breast tomosynthesis) exam was performed on a Hologic Selenia Dimensions system with nipple markers in place and a triangular marker over the palpable lump. 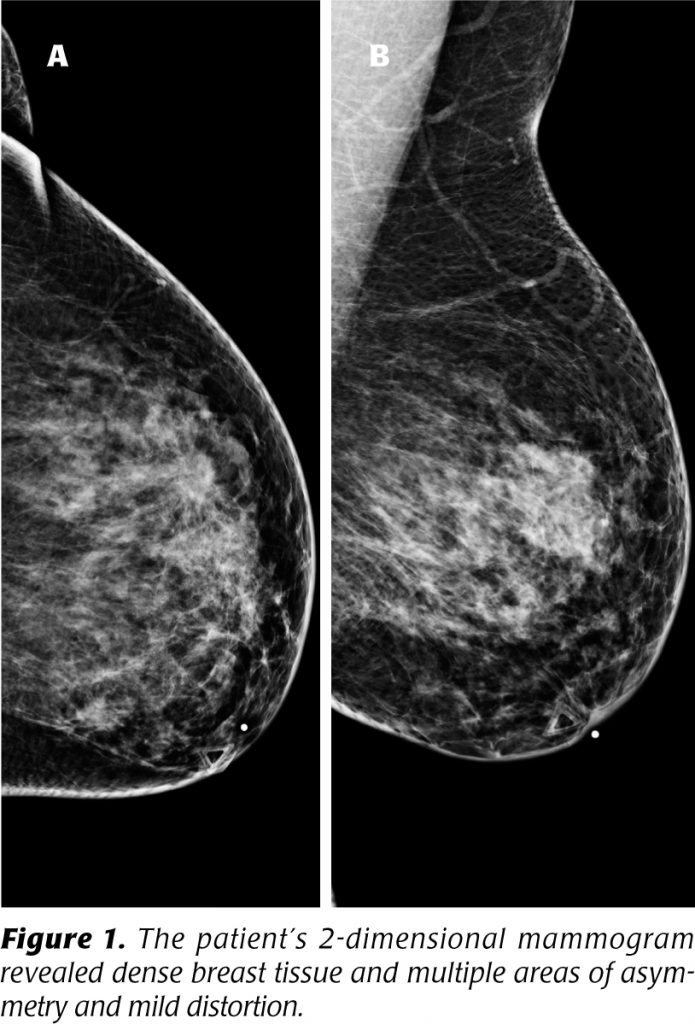 The patient had a bilateral mastectomy. The right breast was negative for malignancy. The patient is undergoing chemotherapy at this time.

In the setting of dense breasts with many potential areas of concern on the 2-dimensional mammogram, the breast tomosynthesis study was the definitive tool in this patient’s diagnosis. The sonography finding at the area of palpable concern was mild, and in the absence of the strong tomosynthesis result, it is possible that the palpable nipple lesion could have been “downplayed” and she might not have received the immediate care she needed (biopsies of both lesions were done the following day). The 3-dimensional (breast tomosynthesis) images obtained at the same time as the 2-dimensional images and under the same compression clearly demonstrated a mass with spiculated margins allowing very accurate localization in the UOQ and size determination. Based on the breast tomosynthesis information, we were able to very confidently predict that this would be a malignancy. Additionally, the 3-dimensional (breast tomosynthesis) imaging easily proved that other similar areas of asymmetry in the patient’s dense busy breast were due to superimposed tissues rather than additional masses, particularly medially on the left CC view.

Three-dimensional breast tomosynthesis clearly allows better visualization of tissues in dense breasts and accurate localization for ultrasound and biopsy studies or for localization for additional mammographic imaging. (For example, knowing that calcifications are located medially so as not to waste time imaging the lateral aspect of the breast). Breast tomosynthesis also allowed us to better see or identify internal calcifications within masses.
In this case and other tomosynthesis cases, we have been able to definitively identify additional unsuspected lesions when cancers are multifocal or multicentric, which could help decrease the need for second-look ultrasound and biopsy after MRI. 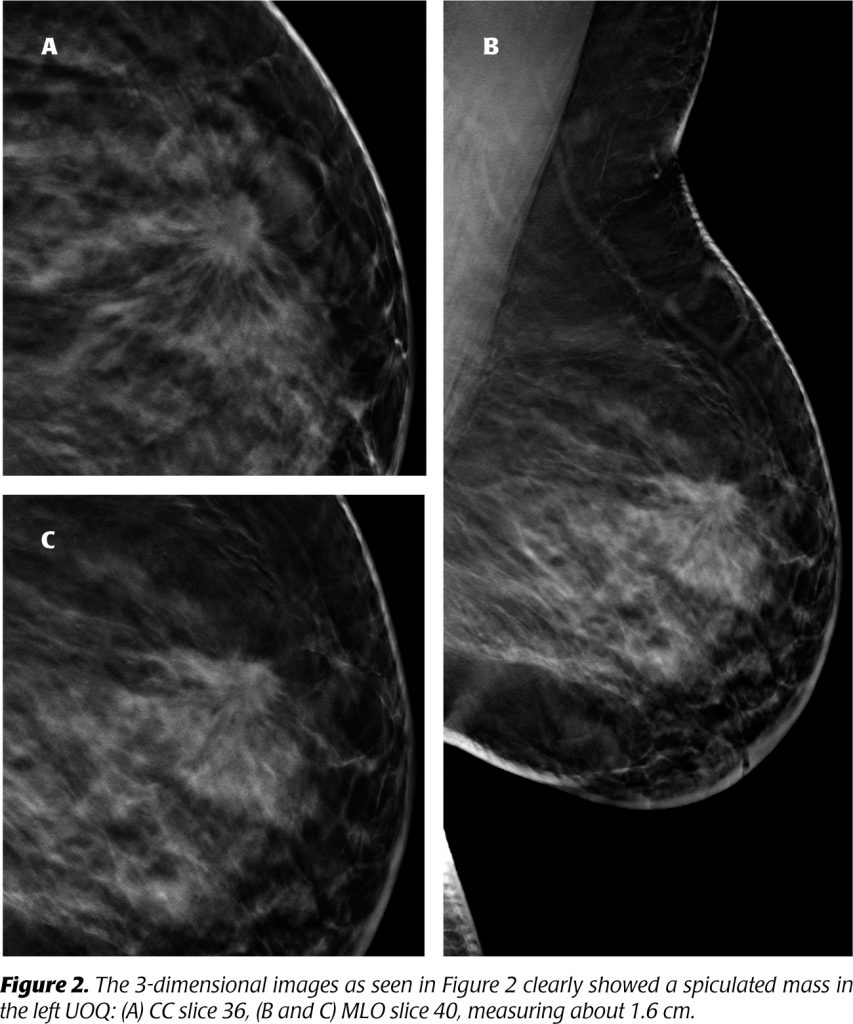 The Hologic Selenia Dimensions clinical studies presented to the FDA as part of Hologic’s PMA (P080003) submission that compared Hologic’s Selenia Dimensions 2D + 3D tomosynthesis to Hologic’s 2D FFDM.
The views and opinions expressed in this clinical case review are the opinions of the author and do not necessarily reflect the views and opinions of the sponsoring company.
Dr. Greer is Medical Director and Radiologist, Breast Health & Research Center John C. Lincoln Health Network, Phoenix, Arizona.